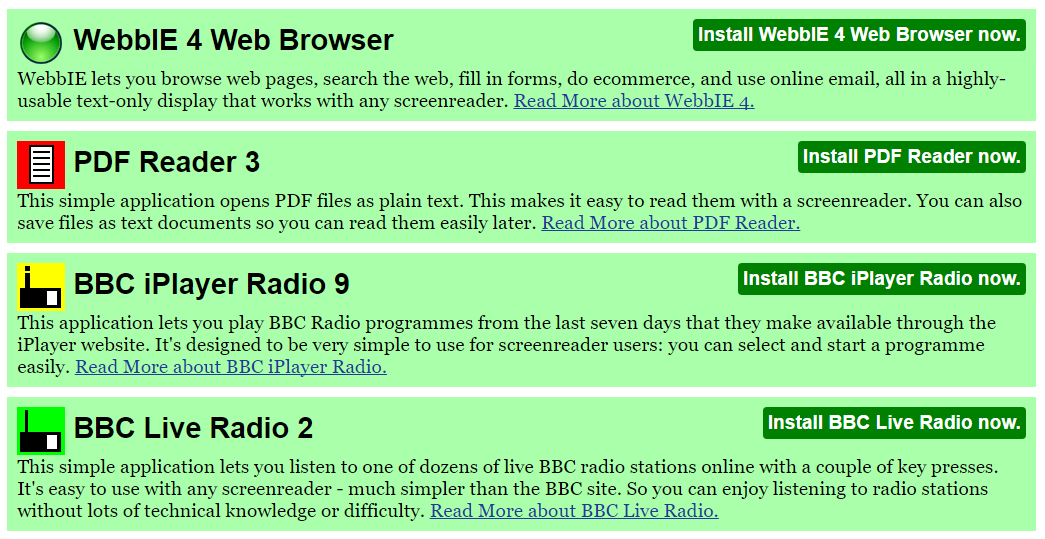 The WebbIE software programs are programs that make it easier for blind and visually-impaired people, especially using screen readers, to browse the web, get the latest news, listen to podcasts and radio stations and other common tasks. They work with any screen reader, including JAWS, WindowEyes, Thunder, NVDA and Narrator. They have been provided completely free since 2001 by Dr. Alasdair King.

The British Broadcast Company (BBC) allows people to listen to vast quantities of their radio output up to a week after it is first broadcast on one of their dozens of radio stations. This service, called Listen Again, relies on a web browser interface that might be difficult for some users, especially people with screen readers. Accessible BBC Listen Again allows you to access the BBC\“s Listen Again content through a truly accessible interface designed to work with any screen reader.’

License: GNU Public Licence V3
Authors: Alastair King
Is something wrong with this entry? Get in touch with us
TAGGED IN
Text to Speech Viewing the screen Accessing the Web