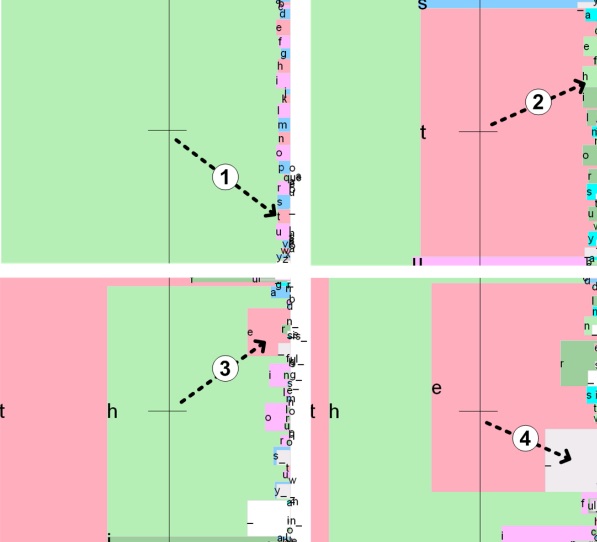 Download
Goto Project
Speech Dasher is a novel interface for the input of text using a combination of speech and gestures.

It is hoped that Speech Dasher will provide a text input interface which is:

Entering text using Speech Dasher begins with the user speaking their desired sentence to a continuous speech recognition engine (currently Microsoft’s Speech Recognizer v5.1 or Dragon Naturally Speaking v7 or v8). A word lattice is generated from the recognizer’s results and then expanded to cover likely recognition errors. The expanded lattice is used to estimate the probability of what letter the user might enter next based on both the recognition results and what has already been entered. The interface also seamlessly integrates a default language model, allowing the user to efficiently enter words missed completely by the recognizer. These probability estimates are then used in the continuous gestured-based interface Dasher to allow the user to confirm and correct their dictated sentence.

License: Unknown
Authors: Keith Vertanen
Is something wrong with this entry? Get in touch with us
TAGGED IN
Computer Automation Text input Projects Alternative Access